Erin Gordon The Delaware State Football program is looking to add current students to the program as walk-ons for the 2020 season. An informational meeting for students interested in walking on was held Thursday, January 23 in Conwell Hall. The meeting was held in order to provide students […]

Olivia K. Paul On January 9th of 2020, the director of Intercollegiate Athletics, Dr. D. Scott Gines sent an email out concerning the decline in Academic Progress Rate (APR) scores over the past two years. Student-athletes’ scores have “dipped below the national standard” at Delaware State University, according […]

Corey St. John The Delaware state football team has officially started it’s spring season. The process goes: rigorous training for a couple months, then smoothly transitions to on field practice in late March 25th. With a new weight lifting coach and new trainers, the hornets have a very […]

Erin Gordon The DSU Equestrian Team is gearing up to be back in action this next week. The Lady Hornets are starting off their 2020 Spring season traveling to Fort Worth, TX to take on the TCU Horned Frogs. The competition will hold Thursday, January 30th and will […]

Jacques Doby Delaware State University’s Hornets basketball team lost its most recent game at home to NC A&T with a score of 98-77. This will turn out to be the team’s 15th loss, dropping them to 8th in the standings. John Crosby, Otherwise known as number 24, led […] 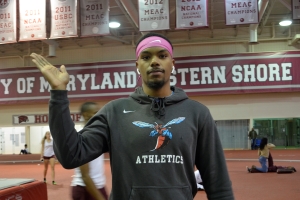 Corey McGhie The Delaware State Men’s Track and Field program competed this past weekend at the University of Maryland Invitational in PG, County Maryland. The team of 34 men put up a total of 78 points to win the track meet, competing against other Division one and two […] 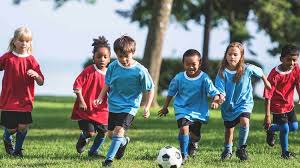 Are youth sports too intense?

Angelina McGhee Parents want their kids to play sports. When we were younger our parents put us in sports. Whether it was soccer, basketball or track, we all tried it. In these times parents are beginning to think sports are too intense for children. But putting them in sports are […] 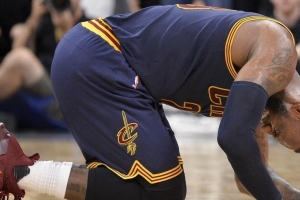 Is Lebron James really the G.O.A.T (greatest of all time)

Tarvarius Niles Lebron James may be one of the best players the NBA league has ever seen but, is he considered the goat (greatest of all time)? Lebron has been in the league for 16 years and has numerous accomplishments. He won awards like most valuable player multiple […]

Johquin Wiley Ameer Bennett is a 21-year old from Richmond, Virginia.  Here at Delaware State University, he’s into his junior year and is majoring in accounting. A passionate young man, willing to take the ups and downs throughout this world, Mr. Bennett decided to give an inside splash […]

Tarvarius Niles Kwannah Kollie is a part of Delaware State University Hornets football team. Born and raised in Long Island, New York Junior prospect Kwannah Kollie is a wide receiver for the hornets. Scoring a couple touchdowns this season of 2019, Kwannah is looking to leave a mark […]