An Interview With Zak Kimball, The Technology Anchor At DSU Mass Comm Department.

Imani Jeter Let’s get to know the man who has the magic touch when it comes to technology, production coordinator and instructor, Zak Kimball. I sat down with Mr. Kimball to discuss his a few things, from his upbringing to his aspirations in life. Here’s what he had […]

Around Campus: A “New Era” for SGA 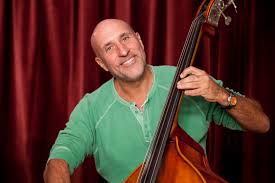 Join host Carlos Holmes as he welcomes renowned Bassist, Roberto Vally, to Delaware State University to talk about music, its development as an educational tool, and Vally’s personal growth as a musician.

Inside Perspective: Presidential Award on HumanTrafficking

Join host Carlos Holmes as he meets with DSU student, Indira Ridgeway, to discuss the Presidential Award she received for her work on Human Trafficking.

Join host, Carlos Holmes, as he discusses the actions students need to take to cover their Financial Aid needs with the Associate Vice President for Student Financial Services, Stephen Ampersand. 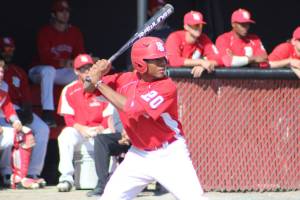 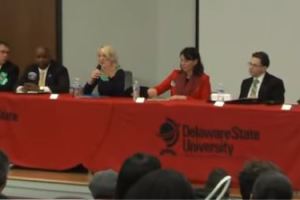 Recently, the candidates for Lieutenant Governor in Delaware converged on Delaware State University to participate in a “meet the voters” forum.