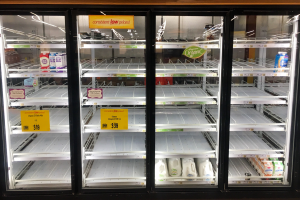 Erin Gordon Some dairy ranchers state that this episode of the Corona Virus  has prompted an overflow of milk as supermarkets and other nourishment retailers battle to offload their stock.  “We make a solid effort to make the milk each day, and we know there are individuals who […]

Researchers Probe the Mysteries of the Great Pyramid of Giza

Timothy Patterson The Great Pyramid of Giza is among one of the greatest feats of engineering known to man, and is the last of the Ancient Seven Wonders of the World. It is located on the Giza Plateau, near Cairo, Egypt. According to the Ancient History Encyclopedia, until […]

Noelle Jeffries I got the opportunity to sit down with USPS employee Dequilla Alston. Through this interview, we were able to understand her transformed life as we face COVID-19. She also describes her challenges as an essential worker and mother through this trying time. Q: Where were you […] 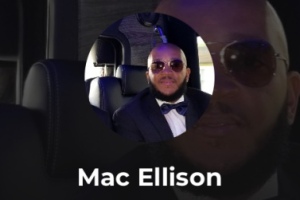 The Interview of a “Perfect Barber”

Jacques Doby Mac Ellison, a role model for many in his community, is nothing short of a busy man. Ellison is a barber, full-time father, a pastor inspired by the works of his father and mother and student. Some people in his shop may call him the perfect […]

Monet Ford Mrs. Nicole Ford, is a 47-year old Mother, Wife and Business Woman from Philadelphia, PA. She attended college at Cheyney University as well as the Community College of Philadelphia. A God-fearing woman who was ready to overcome everything that was sent to destroy her. Mrs. Ford […]

Dominique Selby Alycia Selby is a 24-year-old graduate from Temple University. She’s taking on the challenges of adulthood head-on and adjusting to life after college. Although having an art degree, she is an educator to preschool children in the Howard County area of Maryland. Miss. Selby gave us […]

Meet the Next and Youngest Men’s Council President, Jelani Bryant

Jewel Phillips Jelani Bryant is a 19-year-old Freshman majoring in Environmental Science at DSU. He is currently serving as Freshman Class President and was recently elected as the youngest ever Men’s Council President, which oversees all men’s organizations at Delaware State University. He is an advocate for unity […]

Getting to Know Stacey Dorsey

Briea Dorsey  This is Stacey Dorsey, a mother of a fellow hornet. She is a hard working super mom and beautiful person inside and out. During this crisis that everyone is facing, here is just some input on what Stacey Dorsey has to say. I live life by […]

I am smart, kind, and I do what I want, and you should too — Renee Perry

Loren Perry Renee Perry is one of my oldest sisters. Growing up she is someone I admired and aspired to be like,  everyday in life. Hopefully after reading this interview, you will see why. I try not let people’s expectations cloud my self-worth. Just try not to live […]

Corey St. John  A man of few words, but a lot he has seen in his life. He has seen heart break, had plenty of sleepless nights, and trials and tribulations in his life. That’s what makes him great! My father, Lyndon St. John. Life is all what […]