One year later, COVID-19 still runs rampant through the streets of the United States as multiple States begin to loosen restrictions as they open up. Since the beginning of the pandemic, the United States has had 541,289 deaths from COVID-19, according to the CDC. If more states continue to reopen, this could prove detrimental to returning to normalcy in the United States.

With multiple states easing restrictions like Texas and Mississippi, we could lose all the hard work and progress we have made in limiting cases, deaths and efforts to increase vaccinations of Americans as states across the US open up.

Many Republicans are pushing for states to reopen because businesses are suffering and being forced to close and COVID-19 cases have been stagnant or dropping in their states. For example, earlier this month Texas Republican Governor, Greg Abbott, ended his statewide mask mandate, saying in a press conference “It is now time to open Texas 100 percent,” according to NBC News.

Some who support the Texas governor have said that “cases have been shrinking,” but that’s only momentarily. With “opening Texas 100%,” without a mask mandate or any formal COVID-19 protocols being enforced, the “shrinkage of cases” they have had is more than likely to backfire and turn into a bigger explosion of cases throughout the state, considering only 11.2%  of the Texas population has been fully vaccinated.

Currently as a nation, we are at a critical turning point in fighting this pandemic. What we do right now will greatly affect how quickly we bounce back from this virus. All of the efforts to keep cases down thus far like, social distancing, masks mandates and vaccinations, have proven effective. If we let up now and allow people to grow complacent with even more loss of life at the cost of getting back to normal life, there will be even more of a need for restrictions to last even longer.

Listen to what top disease expert and chief Medical Advisor Dr. Anthony Fauci had to say about states easing up on restrictions and how it will affect us later on in the year in an interview with MSNBC…:

Like Dr. Fauci said, “Don’t declare victory prematurely, we still have a ways to go…” We cannot open up our states just because we can just barely see over the other side. We cannot take the risk of letting up on our restrictions just because there has been a brief stabilization or decline in cases or deaths. The end is not yet in sight, but we further prevent ourselves from it if other States follow suit.

Republicans are risking the lives of their citizens to push their own political agenda. Any Republican that is opening up their state would rather sacrifice the lives of its own citizens just to appease the masses. Republicans like Florida Governor Ron Desantis, have blatantly shown this time and time again just like this week, as Desantis welcomed thousands of maskless Spring Breakers into Florida.

Even Republican Senator Rand Paul has gone as far to say in a Senate hearing, saying that wearing masks after receiving vaccinations is “theatre” since “there have been no studies showing reinfection after being vaccinated. 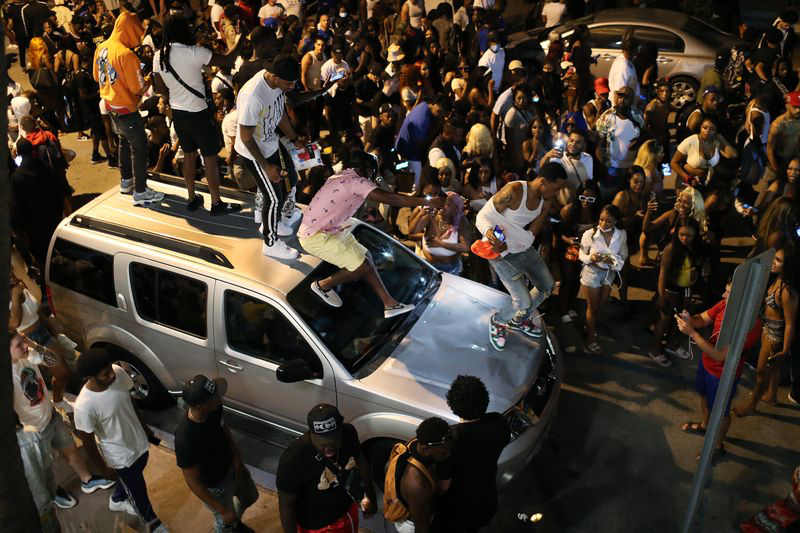 If we allow this lunacy to continue and have more states open up, and continue to loosen restrictions, the United States will be set back even further in returning to any sense of normalcy. With only 14.3% of the US population fully vaccinated, we will not be able to go out into public without masks for a long time.

As long as people keep putting themselves and their own selfish needs and ambitions in front of the common good and collective preservation of life and interests of the American people, life will never be the same and opening states will greatly affect how soon that return will be.