Evidence Reveals That Dairy is Detrimental

Have you been told that milk gives you strong bones? Have you had a health professional tell you to eat dairy because it is full of calcium? Have you seen “Got Milk” advertisements plastered in your schools and on billboards? Are you told that milk and a series of dairy products should be a part of your daily diet? Do you drink milk? If so, you might want to reconsider consuming dairy, or a plant-based diet, as increasing evidence suggests that dairy intake may be associated with deadly effects.

A recent study suggests that sometimes less is more, in this case we are talking about the famous “necessity,” milk. The study included 60,000 Swedish women from ages 39 to 74 and 45,000 Swedish men from ages 45 to 79.

Researchers followed the men and women for 13 to 22 years. Study participants were asked to complete a series of questionnaires and surveys about their milk consumption.

Furthermore, cow’s milk consumption by infants and toddlers has been linked to type 1 diabetes and anemia. Researchers say that early exposure of cow’s milk heightens their diabetes risk. Also, as children reach their teen years, they may experience cramps and diarrhea due to lactose intolerance. This is especially true for those of African, Asian, Hispanic, Native American, or Mediterranean heritage.

A 2001 Harvard study of 20,885 men released more astonishing dairy facts. The males were given dietary questionnaires and it was revealed that men who consume dairy products and calcium daily are at risk for prostate cancer, compared to those who consume little to no dairy. Aside from that, another Harvard study of 47, 871 men showed that men who have two or more dairy servings each day have a 60% increased risk of prostate cancer.

Another issue for most public health professionals is the load of fat within dairy products. The 2010 Dietary Guidelines for Americans noted that saturated fat was bad and as a result one can trigger heart disease or other health complications. Many dairy products contain high levels of saturated fat, in fact, this fat is severely linked to horrible cholesterol levels. In short, high cholesterol levels raise coronary heart disease risks. 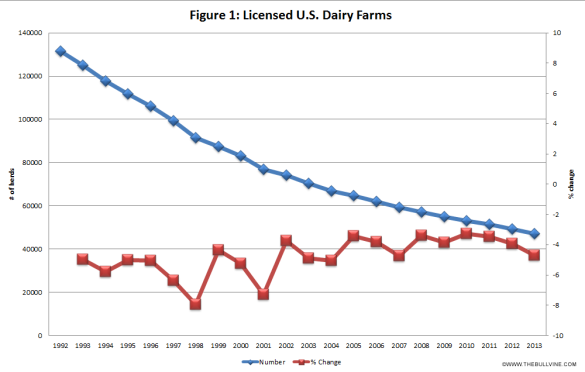 Dairy consumption is very hard to resist as it is a base for many of our favorite foods. Medical professionals are a factor in dairy intake as they influence many of their patients to consume dairy as it has been associated with benefits like strong bones and calcium. However, extensive research from credible universities and many doctors suggest that dairy products may impact the human body negatively through fractured bones and a series of diseases.