Evidence Proves that Climate Change is Impacting our Planet

Climate change is essentially “a change in global or regional climate patterns.” This change of pattern is usually attributed to the increased levels of atmospheric carbon dioxide produced by the use of fossil fuels.  It is no secret that climate change has had adverse effects on our planet overall and continues to do so today. Not only has this debate been a constant scientific battle, it has also proven to be a very controversial political topic of conversation as well.

Where Did Climate Change Stem From?

With this very intense debate on climate change and the way it has been affecting our planet, there has not been much conversation on where this idea came from- global warming.

Global warming is a gradual increase in the overall temperature of the earth’s atmosphere generally attributed to the greenhouse effect caused by an increase of levels of carbon dioxide as well as other pollutants.

According to an article on Nasa website, the trend of global warming has been observed since the mid-20th century due to the human expansion of the greenhouse effect. Human activities have changed the natural greenhouse overtime, which in turn has trapped heat in the lower atmosphere. The burning of fossil fuels such as coal and oil has exponentially increased the concentration of greenhouse gases in our atmosphere. Greenhouse gases are very essential to the survival of humans and many other living things; however, these natural resources have been abused by processes like industrialization and deforestation. According to an article on the United Nations website, processes such as these have caused the quantities of greenhouse gases in the atmosphere to rise to record levels that haven’t been seen in three million years. Because of this, there have been many adverse effects in more places than others.

The Impact of Climate Change

As aforementioned, climate change has had noticeably observable effects on this earth that haven’t been seen millions of years. For example, loss of sea ice, ocean warmth, and most importantly, global temperature rise. According to a 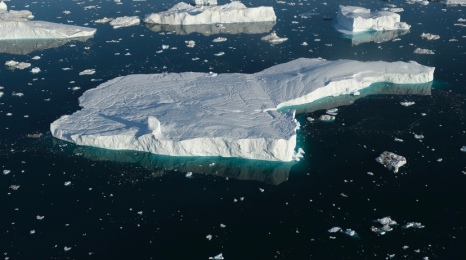 Nasa article, the planet’s average surface temperature has risen about 1.62 degrees Fahrenheit since the late 19th century. This change has been attributed to the increase of carbon dioxide and other human-made emissions released into the atmosphere.

Glaciers have also been immensely impacted by climate change, especially in the Alps, Himalayas, Andes, Alaska, and more. Satellite observations have also revealed that the amount of snow cover in the Northern Hemisphere has drastically decreased over the past five decades and that the snow is melting much earlier than normal. In the United States, the number of record high temperature events has been increasing as well.

According to the Environmental Defense Fund, climate change and the increase of global warming warrants more extreme weather cases. The number of heatwaves is becoming more frequent worldwide. The increase of water evaporation is a “fuel” for extreme storms such as hurricanes and tornadoes. Because of the rise of sea levels, the storm surges are much stronger and are capable of much greater damage. There has also been an increase in wildfires in much more arid areas such as California and Australia.

The trust that climate change is really happening has taken a huge toll on politics. According to an article by the Pew Research Center, the political fissures on climate change extend far beyond beliefs about whether climate change is occurring and whether humans are playing a role. The research center conducted an in-depth survey on each political party to see their views on climate change. The survey found that the trust in climate scientists was low among the Republican Party and considerably high among the liberal Democrats.

According to the Pew Research Center, seven-in-ten liberal Democrats trust climate scientists to give full and accurate information on the causes of climate change. This comparison was made with just about 15% of conservative Republicans. On the other hand, conservative Republicans have been more inclined to believe that climate research findings are influenced by scientists’ desires to “advance their careers”.

What’s Next for Our Planet?

With climate change and global warming being an ongoing issue for centuries and nothing being done to reverse the effects, we can only assume that the worst is yet to come. According to an article by NASA, the consequences in for us in the future are far from positive. It is said that the Earth will become warmer on average, leading to warmer conditions and more evaporation and precipitation. Stronger greenhouse effects will continue to warm the oceans and melt glaciers and other ice, increasing sea levels.

This will not only affect our resources; this will also take a toll on both humans and wildlife. Climate change is a threat to agriculture, our air quality, our health, and the habitats of animals.

Most ecosystems for animals are at risk of collapsing. As sea ice disappears, animals like polar bears, penguins, and walruses struggle to survive. Most Animals that are dependent on ice are slowly but surely becoming endangered and at risk of becoming extinct. A warmer atmosphere for humans leaves room for the increase of pollution and more deaths due to extreme heat waves. All of these effects caused by global warming can be reversed if we act now and work together.