#MoreBlackPeoplePlease — A lack of diversity at the Oscars

This year’s Oscar’s was a letdown for people of color as according to Variety.com only five black people were nominated. Cynthia Erivo was the only African American female nominated for best actress. Other nominees included Matthew A. Cherry and Karen Rupert Toliver in the best animated short category, Ladj Ly for best international feature, and composer Joshuah Brian Campbell for best original song. 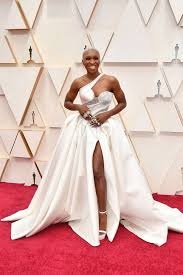 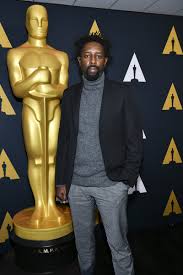 Erivo told Variety at the SAG Awards. “I want hopefully for this to serve as an example as to why we need to start celebrating people of color as well — really paying attention to how we vote for them and how we vote for the people who are nominated. We need to see some changes.”

Actress and comedian, Leslie Jones, became a member of the Oscar voting pool. She posted on Twitter and Instagram that “it didn’t take long cause there are no black people on it,” and then hash tagged it “more black people please.”

The lack of diversity didn’t go unnoticed as Steve Martin and Chris Rock opened the show with critical banter.“Think how much the Oscars have changed in the past 92 years,” Martin said. “Back in 1929, there were no black acting nominees!” Rock responded, “And now in 2020, we got one!” During Janelle Monae’s performance she said “I’m so proud to be standing here as a Black, queer artist telling stories. Happy Black History Month.”

A year after a list of Oscar nominees that represented one of the most diverse in Academy history, it took a significant step backwards in 2020. A 2019 diversity highlight saw three of the four acting categories go to actors of color, in a very rare occurrence.

The trend #OscarsSoWhite began in 2015 after the Academy failed to nominate any actors of color for the second year in a row. According to People Magazine, in an attempt to diversify its voting body they invited a record 683 new members.

According to the New York Times “the academy has tried to diversify, white and male voters still make up the majority of its 9,000-member voting pool, which recommends the final list of nominees and therefore determines which parts of American culture deserve to be canonized.” 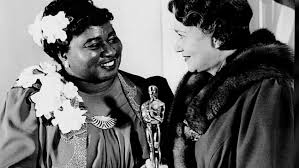 80 years later after Hattie McDaniel’s became the first woman to win an Academy award, it’s very evident that not much has changed. Jay Connor, a writer for the The Root, says that “It’s just disheartening that the Academy Awards continue to go to such great lengths to ignore our contributions to entertainment despite our standing as the epicenter of popular culture.”

A silver lining in the lack of diversity is that “Hair Love” by Matthew A. Cherry and Karen Rupert won. The short is an adaptation of a popular children’s book about a black father who tries to do his daughter’s hair. Cherry told ESSENCE that it was really important for him to depict a black father in another light. He told them “We really went out of our way to make sure the dad looks like any young father that you see today and get away from that stereotype of what a safe Black man looks like,” Cherry explained. “We created imagery to help combat that. I can’t recall any book [or film] that depicts a young African American male…having an arm sleeve tattoo, having locs; things like that.”