Dr. Tony Allen, the 12th President of Delaware State University, was welcomed by the university community Wednesday Jan 22nd. Faculty and students were invited to an open reception hosted in the newest residence hall, Tubman Laws. 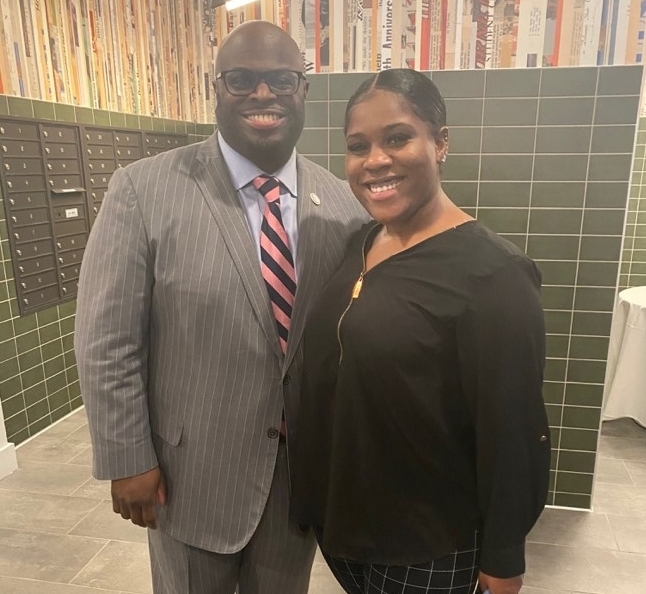 The new president was able to meet and connect with students and faculty members over food and music. Dr. Allen  made an official speech after being introduced by the Board of Trustees Chair, Dr. Devona Williams and members from the Student Government Association.

The reception included a presentation that highlighted some of Dr. Allen’s achievements before becoming the university’s president. The guest enjoyed the reception with the delights of a poke bowl station, wing station, and unlimited donuts.

The ceremony also included a live band and reporters from DESU-TV. Delaware State’s Royal Court made an appearance where Tahjah Warner, Miss DSU, made a comment on the event: “So glad I, and the court, could be a part of the celebration for Dr. Allen. I know he will be a great leader for the university. Excited to see what comes next!”

The Royal Court took a photograph with the President.

SGA Vice President, Ashlee Davis, also made a comment on the event: “It was wonderful event and I was able to present the official 2020 school t-shirt to the new President.”

The event had a large turnout of over 100 people. Many students seemed excited for the new leadership coming under Tony Allen’s administration.