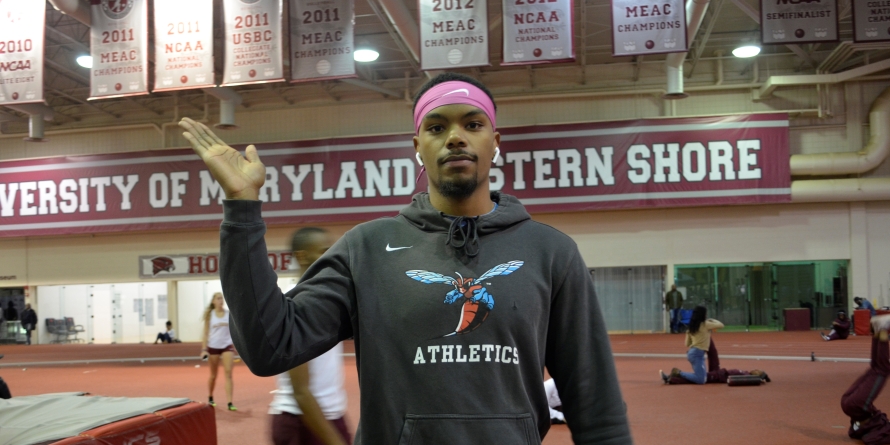 The Delaware State Men’s Track and Field program competed this past weekend at the University of Maryland Invitational in PG, County Maryland.

The team of 34 men put up a total of 78 points to win the track meet, competing against other Division one and two schools.

Other schools in attendance besides the University of Maryland was John Hopkins, Howard University, Coppin State, and George Washington University. All schools competed in a variety of events, but the hornets out-competed every school in every event.

Some standouts at the meet was Sophomore Elijah McLaren, who won the Long and Triple Jump. Bryce Duncan, a senior who won the weight throw and Kendall Leech, who won the men’s 500m. In an interview after the meet senior Captain Kendall Leech had a few words on the team’s success.

“With this only being our second meet of the season, I am very proud of the boy’s effort. All came out with the right mindset to showcase their best talents today, and I couldn’t be happier to look forward to the rest of the season.”

The men’s track and field team still have five regular season Invitationals to compete in before the MEAC Conference Championships. This past weekend was a small milestone for the team and there is great expectation for the rest of the indoor season. You can find their schedule at DSUAthletics.com and for any more information on the rest of their season.