Have you ever wondered if  the medicine you are being prescribed is really working as good as your doctor tells you or if it might just be in your head? Well, according to a study done at  The Departments of Internal Medicine and Adult Hospital Medicine, you might be correct. Doctors across the globe have been prescribing placebos for decades to treat patients. ( Traub, “The Science of Medicine – Special Subjects”)

Now you may be asking, what is a Placebo prescription?   Placebos are drugs that are made to resemble medicine  but do not actually contain an active drug. A placebo is made to look exactly like a real drug but is made of an inactive substance, such as starch or sugar, essentially expensive candy.

Even though there are no real active ingredients, some people who take a placebo feel better. The issue with Placebo Prescriptions is that it is falsely treating patients. This happens while manipulating patients  psychological well being into thinking they are getting better from treatment without their knowing. Even though some patients show improvements, placebo drugs are an easy pass for doctors to possibly overlook  serious underlying issues, and further delaying the treatment of possible mental health issues.

What is even more shocking to see is  how often placebos are used by doctors today.

Did you know over 50% of doctors use placebos in their everyday practice? Study researcher Jon C. Tilburt, MD discusses his findings  regarding the use of placebos by doctors during an interview with WebMD in 2018.

Below are the questions asked and the answers provided:

The  result of this  study is shocking nonetheless, but placebos being used  for treatment are not new. They have been around for decades. We can even look back and see placebos being used on the popular  Andy Griffin Show in the 1960s on the Ellie Comes to Town episode. 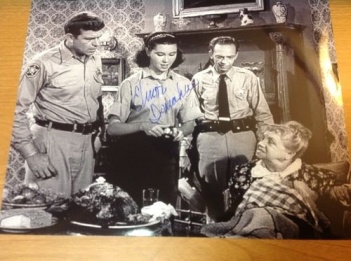 In this episode Ellie walker was in town as the new pharmacist meanwhile, Sheriff Andy Taylor finds out that his friend Emma is feeling sick because she ran out of her pills that she takes everdays. When Emma request more pills  form Elli Walker, she is told no because she doesn’t have a valid prescription. Without the pills Emma‘s physical symptoms continue to get worse. Emma’s symptoms get so bad that the whole town feels so bad for her that they end up forcing Ellie to give Emma her pills. Emma feels better immediately  and returns to her normal self. Later in the episode it is revealed that the pills Emma had been taking all those years were nothing but sugar pills.

So we can see that even in the 1960s comedic favorite, that although the purposeful use of placebos undermines emotional, spiritual, mental and physical levels.