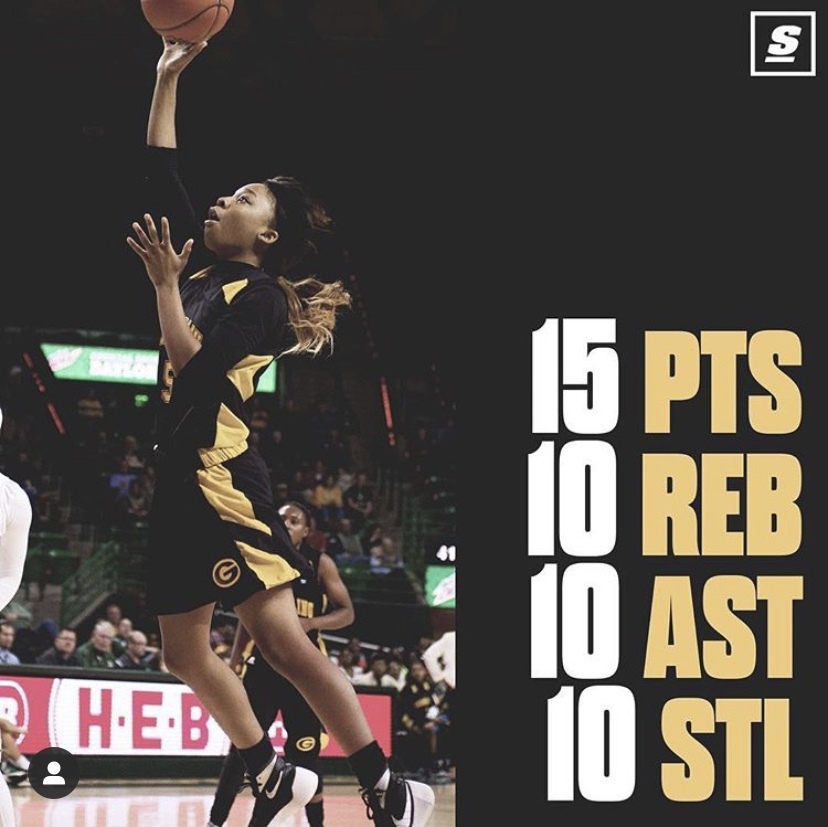 When Shakyla Hill was 3 years old, her mom introduced her to the game of basketball. Since a young girl, she had incredible speed and talent. Her family and friends knew she was destined for greatness.

At the age of 14, Shakyla moved to Jacksonville, Arkansas to play basketball. It wasn’t until her sophomore year of high school when she moved back to Little Rock to attend Hall High School. While attending Hall, she received a full ride scholarship to Grambling State University. “I didn’t want to play college ball, but after my visit to Grambling I fell in love,” Shakyla said.

Having to adjust to the college athletic lifestyle wasn’t easy for Hill. “I knew it was going to be hard, but I didn’t think it was going to be this hard”, Hill said. Her last two years at Grambling were historic. Now graduated, she left a historical legacy behind her.

Since arriving at Grambling, Hill played in every game and has been a full-time starter the past two seasons. Her junior season was a historic year. Hill was first on the team in scoring, field goal attempt, field goals made, free throw attempts, free throws made, rebounds, assists, and steals. She was first in the Southwestern Athletic Conference (SWAC) in assists, second nationally in steals, and third nationally in triple-doubles.

On January 3, 2018, Shakyla made history by getting her first quadruple-double. She had fifteen points, ten rebounds, ten assists, and ten steals against Alabama State. This made her the fourth person to achieve that in both college and pro.

It’s not over yet. Her senior year at Grambling, Hill made history again. She recorded her second quadruple-double. She became the first collegiate athlete to do so.

Although her college career has come to an end, her basketball career is still rolling. Eventually, Hill wants to sign a contract to go overseas and play professional basketball.

She has plenty of offers, but it all comes down to which one is the best.