Racism and Halloween: A Match Made in Heaven?

With Halloween being just weeks away, you may be brainstorming what to dress up as. Taking into account the advancements that have been made in makeup, special effects, and more, the possibilities are truly endless. However, just because you may have the ability to do something, doesn’t always mean that you should.

Many individuals may have the mindset that there is no true harm that can be done from a Halloween costume. With only one day a year to dress up as whatever they want in clothes that may not be acceptable for any other time, many would want to take full advantage to what is practically a free pass. Additionally, many would question why others’ form of dress should be monitored and dictated, when there would be no guarantee that everyone’s feelings would remain unscathed no matter what is chosen as a costume.

The principal reasons for which many individuals will argue that mindfulness is the best policy on the topic of Halloween costumes are that some costumes can be offensive, unnecessarily problematic, and can monopolize certain groups’ representation. It is a fact that there are already certain Halloween costumes that hold a negative connotation. For example, the Halloween costume of the Native American. 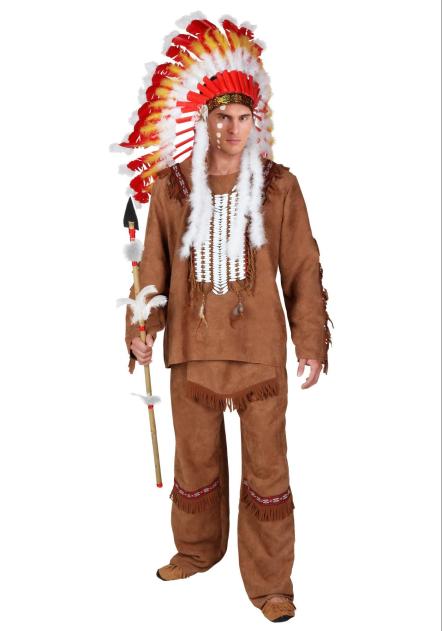 While typically showing a parody of traditional Native American garbs, much of the Halloween costumes are shown to be cheaply made, incorrect, and offensive, especially when taking into account the state of which Native Americans are forced to live in presently. “The federal government is still stripping Native people of their land” (The Huffington Post).

It is often that such an occurrence brings up feelings of hatred and resentment, as they are American citizens who live hard lives (get pushed off their land, massly incarcerated, impoverished and jobless), yet are only given attention when people decide to exploit their traditions as a Halloween costume. “Would it be acceptable for white kids to wear black face and dress up as black people? Would it be acceptable for them to tape their eyes slanted and go as Asians? No? Well, this isn’t acceptable either. It’s stupid, racist, and deeply offensive,” are the words of one Native American sharing her view on the topic.

When choosing a Halloween costume, something that should always be kept in mind is that there is a difference between dressing up as a character versus dressing up as a race of people. As the previous quote mentioned, there is a reason that Halloween costumes that involve elements such as black face are often looked down on by a majority of the population. “If you partake in these costumes, you are reinforcing racist principles and even if it may not be intentional, you’re still perpetuating racism,” (The Odyssey). 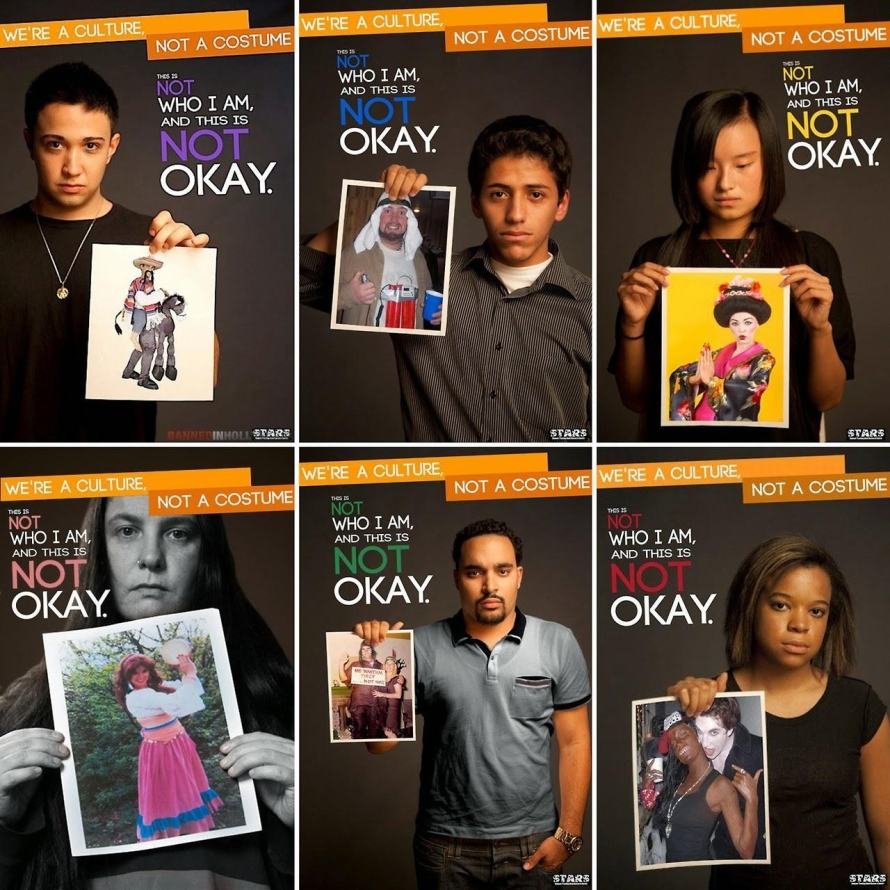 In the socioeconomic environment that minorities in American are forced to live in presently, especially in the midst of movies such as The Hate U Give, which gives a movie representation of hardships such as police brutality, racist Halloween costumes are being policed against stronger than ever. Many minorities, tired of the treatment they have been receiving by others in America, have been starting small, first by speaking out about the ways that their very existence have been being exploited and made a joke of.

If the blatantly racist costumes, that may seem like a harmless thing now, are not given any attention, a potential outcome could wind up being a recreation of the notorious Blackface party, where white students (and others) were invited to represent the stereotypes of the African American people in the most racist way they could manage.

While some may view such a party as one huge joke, what the presence of such a party in this day and age would represent is one huge step back to the racial equality many Americans are working towards.