Tiffany Langhorne On Sunday, October 28th, 2018, Delaware State University hosted its Annual Homecoming Gospel Concert. The EH Theater was filled with students and many guests from the Dover Area and all over the state. The audience entered the theater and were greeted by Women Senate President, Tess […]

Who Really Runs the Yard?!

Kionna Stanley   The National Pan-Hellenic Council’s annual Step Show took place on October 25th, 2018. This highly anticipated event, called Who Runs the Yard?, took place in the Memorial Hall Gymnasium on DSU’s campus. If you were in attendance, you could feel massive amounts of energy in […]

A Night of Praise at DSU Gospel Concert!

Tiffany Harvey and Alexis Atherley As the Delaware State University homecoming week comes to an end, the Dover community and DSU students came together in worship during the Sunday Gospel Concert. The concert was held in the Education and Humanities Theater on October 28, 2018, at 7pm. The Delaware […]

Imani Jeter, Jayla Harris The Hornets Activities Committee started homecoming week off with Mischief Monday. The event took place in the MLK Lobby from 1- 4pm with music by DJ Breaz, who is a DSU Mass Communications student. This was a good opportunity for everyone to socialize and […] 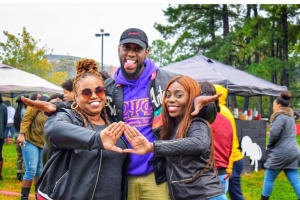 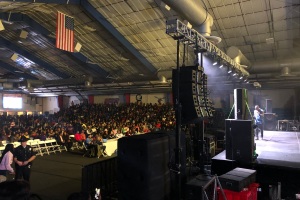 …And the Homecoming Step Show Competition Winners Are…?

Avery Harris Thursday night (Oct. 25th), The Homecoming Step Show held everyone’s attention hostage. The Memorial Hall Gymnasium was filled with plenty of fraternities, sororities, students & alumni. Everyone came for a good time, and that’s exactly what they got. The lines led out of the Gymnasium all […]

Taylor Billinger Homecoming is an event that all Hornets love to be a part of every year. Alumni come back and reunite with their friends and catch up on good times. While the students attend their events, the alumni host their own parties and festivities. The alumni were […]

Joshua Streeter Preparing for the Homecoming Game Delaware State University is beginning to make several changes to accommodate the players and DSU community who plan on attending this Saturday’s homecoming game on October 27 at 2 p.m. All Shuttle services drop off and pick up students at the […]

Dominique A. Merritt At any HBCU, Homecoming is the most biggest event that takes place during each school year. It’s a time where students, parents, faculty and alumni come together and celebrate. Homecoming is a tradition, especially if you are in an organization. You reunite with your old […]