Women’s Senate is an umbrella organization of the Student Government Association that advocates for women’s rights and equality on campus. The organization has pushed its mission to reach out to young women to provide a sense of direction  and establish a connection of sisterhood, while ensuring everyone gets the best memories out of her college experience.

Under the new president, Tess Aguiar, the organization premiered its new logo during the beginning of the summer. The pink logo that campus was familiar with was swapped out with the colors red, black, and gold. 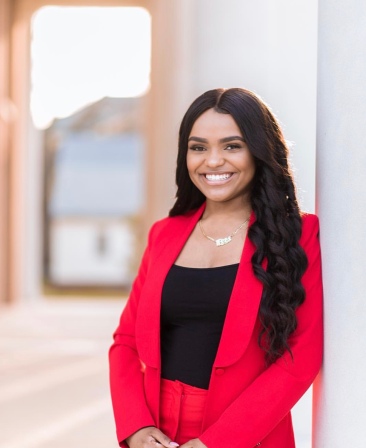 When asked about the change, the organization released an official statement saying, “We wanted to change the logo to get across the concept that women can be simultaneously feminine and a boss. Red and black are colors of power, strength, and love which are all characteristics we, as women, embody.”

Though their look has changed, Women’s Senate has been adamant that their general mission still stands. Within the official statement, Women’s Senate also spoke about its goals this year stating: “This year we are aiming to bring the presence of Women’s Senate back to campus while promoting the idea that a woman is more than just a pretty face, she’s that & more.”

The campus is excited to see what this new administration brings to campus.