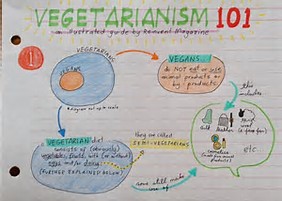 The history of the plant-based diet begins with Vegetarianism. Vegetarianism has been changing lives around the world since the Greek mathematician, Pythagoras was around. The meatless diet was referred to as the Pythagorean diet for many years.

However, it really took off in the 70’s when Frances Moore Lappe had his book Diet for a Small Planet published. A plant-based diet consists of everything but meat. It’s the easiest way to get interested in a wide variety of fruits and vegetables that one might not ever think about including into one’s everyday diet.

Many people have joined in on the vegetarianism lifestyle due to health reasons, religious reasons, dietary restrictions, or just because they want to experience a new way to eat. Vegetarianism has become more than just a fancy trend, it’s become a way to save oneself and the world — it’s a lifestyle.

The role we think meat plays.

As of 2008 7.3 million Americans are following a plant-based diet in which meat plays no part. The number comes from a study done by Vegetarian Times.  Meat plays a major part in life, but there’s always the concern of protein when it comes to a vegetarian diet. Many fear that the lack of meat in their diet could cause a lack of protein or even iron. Peanut butter, beans, and chia seed are just a few that are high in protein if one is willing and able to add them into the vegetarian diet. 1 1/3 cups of black beans and rice have the same amount of protein as a 3.5 ounce piece of steak or a three-ounce piece of chicken with 21 grams of protein. A 6-ounce scoop of fat free Greek yogurt also equates to 21 grams of protein.

Iron deficiency affects more than 2 billion people worldwide, according to the World Health Organization, but basic foods like nuts, spinach, and oats are rich in iron. Worrying about the lack of protein or iron as a starter vegetarian is no problem.

In fact, too much red meat is actually bad for humans. Some red meats contain high levels of LDL Cholesterol and can increase the risk of heart disease. LDL Cholesterol is less dense than other cholesterols and is created by the liver. Too much LDL Cholesterol can cause plaque to build in ones veins or arteries and cause blockage of blood flow which can lead to heart damage.

The consumption of meat also includes health risks for those who aren’t so kitchen-savvy or anyone who may be allergic to the additives, hormones or plumpers farmers are adding to their livestock these days. Plumpers are injected into an animal while its alive to enlarge the meat that is on the animal. The plumper can include, water, salt, phosphates, antioxidants, and flavoring. If plumpers aren’t used then maybe growth hormones are.

Many cattle and chicken farmers are more into price and the amount they can sell a larger animal for. Often the consumers have no idea that the food they’re eating has been injected with all sorts of hormones and growth products that could possibly lead to an early death. 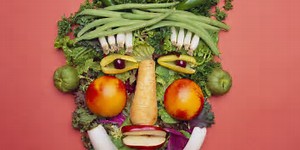 The benefits that come with being a vegetarian.

The vegetarian world has many world-changing factors about it. It’s an inclusive vacation to a healthy lifestyle. The vegetarian lifestyle has several health and worldwide benefits. It could help improve weight loss, high blood pressure, and even diabetes. It saves more animals if one is in love with PETA, and adds more greenery and growth to the plant life on earth.

Through information and facts listed by the CDC on their website as of November 2016, 1 in every 3 American adults have high blood pressure (HBP). The exact cause of high blood pressure is unknown, but a change in diet has been a leading factor to keeping it as low as possible. High blood pressure can be brought on by all the wrong foods including red meat, whole milk, and processed or frozen foods. However, by switching to a vegetarian or vegan diet one can easily start to reverse the effects of short-term or long-term health conditions.

The average American can save about 200 animals a year by switching to a vegetarian lifestyle according to Noam Mohr in 2008 on the PETA website (Vegans Save). Between 2006 and 2009, the number of animals eaten by humans had decreased by 600 million. Not only is the vegetarian diet saving animals, it is also saving water which ultimately helps the universe. A large amount of water is used to feed and produce meats and poultry, more water than what is used to hydrate and clean fresh farm-grown fruits and vegetables.

Vegetarianism is a movement and has brought new flames to towns and cities all across America. Many shops and restaurants are popping up all over with vegetarian options. Restaurants such as PF Chang’s and The Cheesecake Factory have added a variety of vegetarian and vegan meal options to their menus over the past few years. Even the chain restaurant, Red Robin, that is known for its take on burgers, has added a vegetarian burger to its menu. Recently, restaurants across the country are offering a vegetarian burger that bleeds like a regular meaty burger would, deemed ‘The Impossible Burger’.

Chain grocery stores such as Whole Foods and Trader Joes have made it easier to find the trendy fruits and vegetables one is looking for and may even include non GMO or organic types. Whole Foods was founded in September, 1980 and still stands today. The chain grocery store features foods without artificial preservatives, flavors, sweeteners, and hydrogenated fats. The chain store has a wide range of food options that are all beneficial to one’s health. Whole Foods also has a dine in breakfast, lunch, and dinner bar with a wide variety of vegetarian meals one can try. In August 2017, Amazon bought Whole Foods and decided it would also sell food through their online sources — Amazon.com, Amazon Fresh, Prime Pantry and Prime Now. The food one purchases online can be at one’s doorstep within 2 to 3 days.

Online sites that deliver food straight to one’s door steps may be the easiest way to transition into a vegetarian lifestyle. Hello Fresh, Blue Apron and Plated give one the chance to choose one’s own meal plan, and give one a guide and instructions on what one is eating and how to make it. The online food subscriptions average at 10 dollars per person if one has a smaller family and chooses a vegetarian meal plan.

The trend, the movement.

Vegetarianism promotes healthier choices and diet changes, and also goes hand-in-hand with other popular diets, such as the Paleo diet. The Paleo diet helps cut out refined sugars and processed foods. Even pescetarianism has taken off just as much as vegetarianism, which allows the follower to have a vegetarian diet but also eat seafood. Many Americans are dieting and finding easier ways to burn fat and it always starts with the way one eats. A vegetarian diet could do the trick.

Someone suffering from celiac disease, a disease that causes one’s body to react in a bad way to gluten, is recommended to eat meat raised as free range or grass fed, due to the hormones or additives that can be placed in the meat or poultry. While shopping for free-range chicken or grass-fed beef is seemingly easier to find; it is often times sold at a higher price point. On the other hand ones fresh-grown spaghetti squash is way cheaper.

Overall, vegetarianism is taking off and will continue to rise as vegetarians are raising their children to do the same. Meat is and has been making people sick for years; It could continue to get worse when it comes to additives and hormones that are stabbed into meat before being sold, unless the FDA decides to crack down on it.

Vegetarianism continues to promote great health benefits and will also be recommended by health care providers, especially for people who suffer from allergic reactions to hormones in meat or who have high blood pressure or even celiac disease.

Restaurants and other public places have made accommodations for people with allergies and have now included people who have dietary restrictions and vegetarians to that list. The vegetarian world has veggie burgers with blood, tofu that tastes like  chicken and, anything else one can think of in vegetarian form. So, why not join the movement?