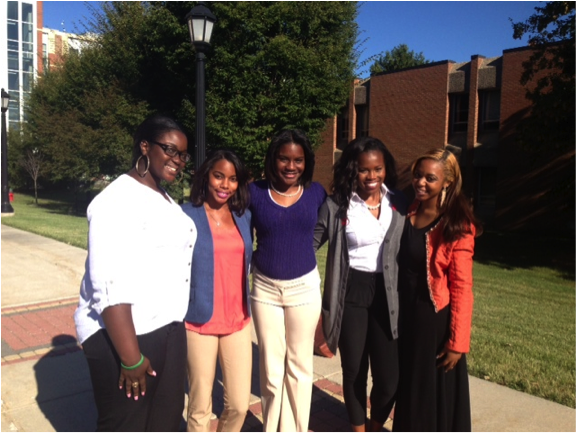 “We want to create unity to everyone on campus.  This year’s Women’s Senate plans to set the bar even higher with great programs,” Eboni Yearwood explained.

The Women’s Senate is continuing several reoccurring events from last year such as the “Big Sisters, Little Sisters Program”. The program provides mentorship to new students that may even evolve into life-long friendships.

Also returning is “The Girls Room,” usually for freshmen females but anyone can attend every other Monday. “Even though we all have different roles, we all work together because we are one team with one dream,” said Tria Stallings.

“We want to be seen as role models and let girls know that they can look classy and have fun,” Jolly Downs added. “We plan to lead by example by the way we carry ourselves on campus,” said Quira Parker.

All of the ladies agree that they all bring something different to the table and they make it work. Next month, the Women’s Senate will be planning a lot of events. On October 22, join the Women’s Senate for an etiquette dinner with the Men’s Council.

The dinner is free of charge and will be held in MLK Parlor A from 7:30-9:30 p.m. Then join them on October 27th for the Breast Cancer/Domestic Violence walk.

The Women’s Senate is looking forward to the support of DSU’s student body this year.